The Story of the School of Economic Science 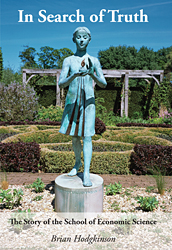 BRIAN HODGKINSON has been a member of the School of Economic Science since 1963. Concurrently he has studied modern academic Philosophy, taking a degree in Philosophy, Politics and Economics at Balliol College, Oxford and lecturing in Philosophy at Sussex University. More recently he has taught Economics and History at St James Independent Schools, having studied and tutored these subjects within the School of Economic Science. He has published a verse translation of the Bhagavad Gita, and books on Indian Philosophy, Ancient History and Economics.

In Search of Truth presents a comprehensive story of the evolution of the School of Economic Science, now in its eighth decade. Brian Hodginkson brings his historian’s skills and philosophic insight to bear in telling it in fascinating detail.

The School of Economic Science was founded during the Depression years of the 1930s by Leon MacLaren, son of Labour MP Andrew MacLaren. (See the biography Standing for Justice by John Stewart). MacLaren Senior found his inspiration in the economic theories of Henry George and this was passed onto Leon, who founded the school to discuss and spread Georgist ideas.

However the school soon developed beyond economics to focus on philosophy, as it was felt that the needs of the time would be better met through a more spiritual approach. In the 1950s Leon MacLaren discovered the teaching of Gurdjieff and Ouspensky, and this new direction was reinforced by the introduction of meditation through the Maharishi, later guru to the Beatles. Further evolution came in 1965 when Leon MacLaren met the Shankaracharya of Jyotir Math, Sri Shantananda Saraswati, whose spiritual advice is expounded in a series of chapters interspersed through the book.

Under the guidance of the philosophy of Advaita Vedanta the School continued to expand its range of activities, including art, Sanskrit, music and Renaissance studies. It founded an independent school for children which, along with the School itself, has affiliated branches around the world. The School met with criticisms and controversy along the way, and the author deals with these episodes openly.

In Search of Truth helps explain why hundreds of thousands have attended courses at the School of Economic Science in the UK and around the world, and why they hold it in such high regard. 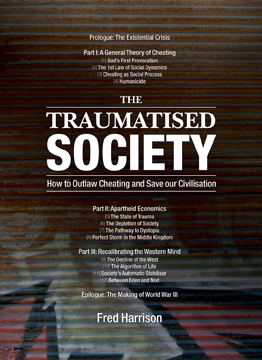