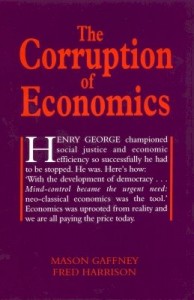 The Corruption of Economics
by Mason Gaffney & Fred Harrison 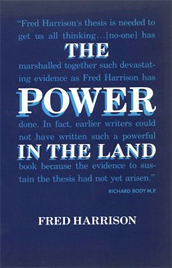 Boom Bust: House Prices, Banking and the Depression of 2010
by Fred Harrison 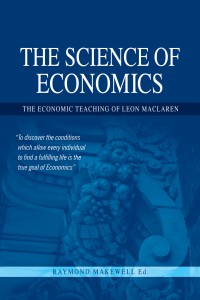 Over the weekend 28th-29th June a conference on ‘Rethinking Economics’ is being held at University College London. For programme and speakers see rethinkingeconomicslondon.org

Rethinking Economics is an international network of students campaigning for pluralism within economics, particularly the economics curriculum, which is, at present, heavily biased towards the methods of the neoclassical school. Rethinking Economics was launched with the 2013 conference, and brought together a number of smaller groups advocating changes to economics. Together, those groups, along with many others, produced the ISIPE open letter, calling for an overhaul of the way economics is taught.

Writing in the Real World Economics Association’s blog, Edward Fulbrook comments: ‘It is not only the world economy that is in crisis. The teaching of economics is in crisis too, and this crisis has consequences far beyond the university walls. What is taught shapes the minds of the next generation of policymakers, and therefore shapes the societies we live in.’

In 1994 Shepheard-Walwyn published The Corruption of Economics  in which Professor Mason Gaffney charged his colleagues with using a theoretical apparatus that is fatally flawed. He accused the founders of neoclassical economics of acting in bad faith, bending the science of economics to protect vested interests. In this they succeeded, but in debasing their discipline, economists deprived themselves of the ability to diagnose problems, forecast trends and prescribe solutions.

The fact that ‘nobody saw it [2008 crash] coming’ suggests the accuracy of that charge. As long ago as 1983 Shepheard-Walwyn published The Power in the Land in which Fred Harrison, on the basis of a different economic model, warned of the 1990 crash and recession. Again in 2005 in Boom Bust: House Prices, Banking and the Depression of 2010, he warned of the 2008 crash which led to the ‘Great Recession’. The Depression was avoided by bank bailouts and quantitative easing, shifting the burden onto the taxpayer.

To avoid a repetition of these economic disasters, the students are to be congratulated for their initiative. We hope they will find food for thought in our Ethical Economics list.

The Agenda For Progressive Prosperity: A five-step process