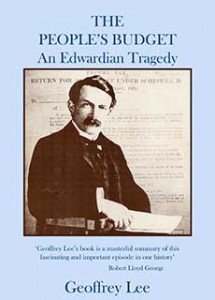 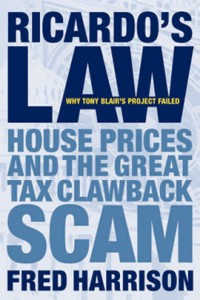 On 25th September 2014 the Financial Times carried a leader, entitled ‘A British property tax that is fit for purpose’, commenting on the proposal for a ‘mansion tax’ proposed at the party conferences of both the Liberal and Labour  Parties. It suggests ‘a more comprehensive solution would be to replace all these taxes with a levy on the value of land, remitted to local authorities. This longstanding idea is the preferred reform of the Mirrlees Review, a root-and-branch analysis of the UK tax system.’ To see more, click here.

The same issue carried a full page article by Robin Harding ‘Land of opportunity’, describing recent ambivalent evidence from America, and quoting from Winston Churchill’s speech during the 1909 election campaign after the House of Lords had thrown out Lloyd George’s People’s Budget which was an early attempt to introduce such a tax in Britain:

“Roads are made, streets are made, services are improved, electric light turns night into day … and all the while the landlord sits still … He renders no service to the community, he contributes nothing to the general welfare, he contributes nothing to the process from which his own enrichment is derived.”
This tax reform is more than a tax reform. As Henry George explained in Progress and Poverty it is a means of tackling the mal-distribution of wealth and ending the property fueled booms and busts.