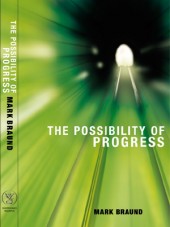 Mark Braund has worked in the private, public and voluntary sectors, and spent three years as an advisor to the government of Mozambique. This book, his first, is the product of several years’ research and a deep interest in what motivates people, how individuals shape society, and the future prospects for humankind.

Drawing on evolutionary biology, the history of ideas, cultural anthropology, economic history, moral philosophy and social psychology, the book summarises key contributions from each in a style accessible to the general reader.

Prices of over £5m for some freehold houses in central London in early 2007, indicates one truth from this book: wealth increasingly shifts to all land owners as a society develops, despite agriculture taking a lesser part in the overall economy. Braund takes a secular approach to ethics but arrives at values that religious people would also concur with. The book contains a mine of useful historical information.
Charles Bazlinton, author of ‘A Free Lunch’

‘This is an impressive, important and readable book’ James Robertson,
NEW ECONOMICS FOUNDATION

‘…he is to be congratulated for opening up a debate based on the notion that we must radically rethink our economic system for it to be fair and sustainable’ John West,
TRIBUNE

…promises to transform the way we think about politics, economics and the value of human life … will interest people at all points of the political spectrum, engaging liberals ands conservatives alike
eMediaWire

Drawing on evolutionary biology, the history of ideas, cultural anthropology, economic history, moral philosophy and social psychology, the book summarises key contributions from each in a style accessible to the general reader.

It investigates what is it about humans as biological organisms, cultural players and economic agents that gives rise to our continuing lack of progress, what we therefore need to change about ourselves, and how change in individuals might translate into wider social change.

The author advocates a return to the ideas and motivation of the great classical economist-philosophers who long ago outlined the essential truths of society and its evolution, only for their theories to be selectively taken up by those with a quite different agenda: the protection of minority power and privilege.

Armed with a true reading of economics, and an awareness of the forces which conspire to keep us in ignorance, ordinary people can take control of their lives and begin to transform democracy for the good of all. Progress towards a more inclusive and sustainable world is not just the dream of idealists: the starting point is belief in its possibility and an appreciation of the man-made obstacles which we have the power to remove.