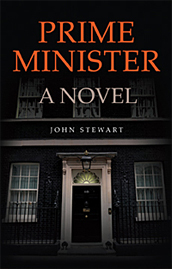 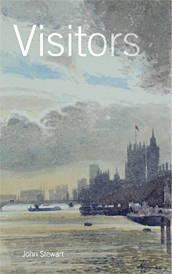 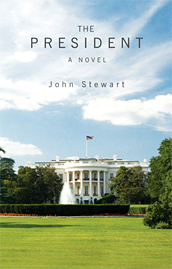 The President
by John Stewart
He is the author of two biographies and three historical novels: The Centurion, translated into German, Italian and Spanish; The Last Romans, placed in the time of Justinian and Boethius; and Marsilio, centred on the early life of the Florentine philosopher-priest, Marsilio Ficino. In Prime Minister, Visitors and The President, he turns his attention to the present time and explores the contemporary relevance of a reform advocated at the beginning of the 20th century by leading politicians and writers like Bernard Shaw and Leo Tolstoy.

John Stewart is the author of three historical novels: The Centurion, The Last Romans and Marsilio, In Prime Minister and two companion novels, Visitors and The President, he turns his attention to the present time and explores the contemporary relevance of a reform advocated at the beginning of the 20th century by leading politicians and writers like Bernard Shaw and Leo Tolstoy.

Take the example of a parent and child: it is possible both to punish and to love, when the punishment is directed to the good – teaching a child right from wrong. However, if someone claims to care for a person while exploiting them, the spectre of hypocrisy immediately arises. It is sometimes said, albeit cynically, that the rich help the poor in order to enjoy their privilege with a better conscience. Does the Welfare State suffer from this? Andrew MacLaren, a Labour MP between 1922 and 1945, was in no doubt:

‘Institutional charity and political expedients are no substitute for Justice’

The Christianity of William Wilberforce could not live with the barbaric injustice of slavery. For, how could you love your neighbour as yourself if you enslaved him? Yet many lived with such a system. It was simply how it was, so the mindset of the status quo was left unquestioned.

Today, it is a common cry that the rich are getting richer while the poor still languish. Campaigns are organised to ‘make poverty history’. Secular socialistic governments have tried to mitigate with subsidies and benefits, yet little changes. Indeed, after thirteen years of Labour Party rule the gap between the rich and poor has widened. Yet, they, and the current administration, would claim to be benevolent in intention. No doubt they are, but the fact remains that poverty blights many areas of the country.

The elements of nature are given to all. None are labelled with predestined ownership. To claim the Sun’s light, or the air we breathe, would be ridiculous. And the gentle rain from heaven, as Shakespeare calls it, falls on all, alike. However, when it courses on the land as rivers, the element of ownership enters. For land, the fourth great element, is subject to the law of real estate – in other words private ownership.

This is man’s decree, not natures, for nature gives her elements free.

Here man departs from nature’s law and the consequence is inequity. Sometimes this inequity is grotesque, with large estates and teeming ghettos living in proximity. Yet, such is the world order, the mindset of the status quo that no one questions.

How can we profess to love our neighbour when we perpetuate this gross inequity in our midst? Yet, the mindset of the status quo has ruled for centuries. With custom so ingrained, it’s not surprising that this glaring parent of inequity is left unchallenged while socialistic answers are adopted to treat the symptoms.

Centuries of custom are convincing, but we might well ask – how many years does it take before a wrong becomes a right?

‘The art of government in fact is the art of so ordering life that self-interest prompts what justice demands.’ Archbishop William Temple