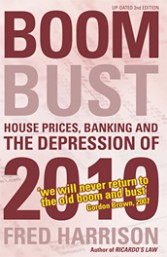 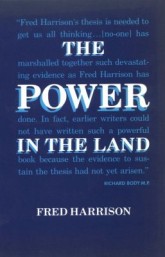 As Europe and, America struggle to avoid a double-dip recession while they grapple with reducing fiscal deficits, China is trying to head off a property boom without precipitating a bust that could tip it into a financial crisis. The Chinese authorities have already resorted to the orthodox capitalist method for curbing speculation and inflation, raising interest rates several times, but appear to have recognised the inadequacy of a purely monetary approach. Perhaps inspired by Sun Yat-sen, the ‘father’ of modern China, they have turned to property taxes.

According Gulf News, ‘Beijing is to introduce a property tax in two Chinese cities, the latest measure aimed at preventing a housing market bubble. The State Council said that the long-awaited tax would be introduced as a trial in Shanghai, the country’s business capital, and in Chongqing, a large city in the centre-west of the country.’ Other measures to cool the market have also been announced: restrictions on the number of dwellings that can be purchased and higher down-payments. See full article.

The Economist comments: ‘One aim of the property tax is to provide local governments with a steady new income that will help wean them off their dependence on one-off land deals. Jia Kang, a government researcher who helped devise the tax, says it should result in fewer evictions and protests. It could, he says, even help promote local democracy, since taxpayers will expect a bigger say in how their governments are run’. See full article.

The full implications of a property tax are described in  Public Revenue without Taxation. A translation of this book just been published in Korean where the title is even more explicit: ‘Let’s abolish taxes and collect rent’. Collecting rent for public revenue was regarded by Adam Smith as the best form of taxation: ‘Both ground-rents and the ordinary rent of land are a species of revenue which the owner, in many cases, enjoys without any care or attention of his own. Though a part of this revenue should be taken from him in order to defray the expenses of the state, no discouragement  will thereby be given to any sort of industry. The annual produce of the land and labour of the society, the real wealth of the great body of the people,  might be the same after such a tax as before. Ground rents and the ordinary rent of land are, therefore, perhaps, the species of revenue which can best bear to have a peculiar tax upon them.’