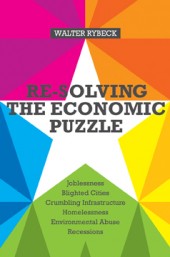 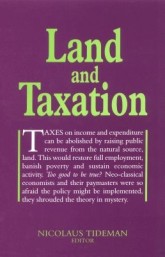 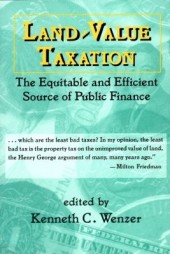 ‘If one were to set out with a specific, stated objective of designing a tax system which would penalise and deter thrift, energy and success, it would be almost impossible to do better than the one which we have in this country today.’ Lord Soames, House of Lords

‘There is a sense in which all taxes are antagonistic to enterprise – yet we need taxes … so the question is, which are the least bad taxes? In my opinion, the least bad tax [note the switch to singular] is the property tax on the unimproved value of land, the Henry George argument of many, many years ago.’ Milton Friedman, American Education League

To appreciate Milton Friedman’s point we need to realise that the term ‘property’ covers two distinct elements: the land on which buildings stand and the bricks and mortar with which they are built. Land is the free provision of nature – nobody made it – while buildings are the product of human effort.

The classical economists recognised this distinction, calling the former land and the latter capital. Unfortunately, modern economists conflate them and treat them both as capital. The effect is to conceal a natural source of public revenue. To illustrate the importance of this distinction, take house prices. When we talk of house prices rising and falling we are in fact talking of the land component. What gives value to land is either its natural endowment of fertility or mineral deposits, or location – move No1 Hyde Park to the middle of Wales and the price of the apartments will plummet.

So how may this economic fact of life be turned to advantage to encourage ‘thrift, energy and success’, to quote Lord Soames again? If we recognise land as the gift of nature to all humanity, then surely it is wrong to permit private property in land. However, no one is going to sow a crop or build a house, factory or office without secure tenure. So how do we square this?

If all land is held as leasehold on payment of a market rent, but the buildings and improvements remain private property, then the question arises as to who is to get the rent. If the government gets the rent, it will not need to tax ‘thrift, energy and success’ as at present.

The wisdom of this was recognised by Adam Smith: ‘Both ground-rents and the ordinary rent of land are a species of revenue which the owner, in many cases, enjoys without any care or attention of his own. Though a part of this revenue should be taken from him in order to defray the expenses of the state, no discouragement will thereby be given to any sort of industry. The annual produce of the land and labour of the society, the real wealth of the great body of the people, might be the same after such a tax as before. Ground rents and the ordinary rent of land are, therefore, perhaps, the species of revenue which can best bear to have a peculiar tax upon them.’

As Henry George might have put it, a land value tax creates no disincentive to economic activity, on the contrary, it encourages it. Hong Kong and Singapore are evidence of this.