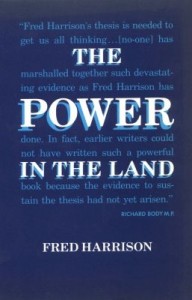 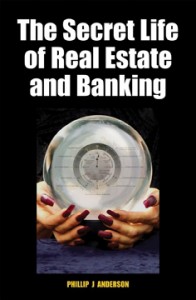 It was a pleasant surprise to find the first title in our Ethical Economics list being praised in a newspaper article in Malaysia over thirty years after its publication. The article in the Malaysian Daily Express was reporting on a presentation in Kota Kinabalu by an estate agent on investing in Australian property. The speaker told his audience “I wish I had known about the book entitled, The Power in the Land by Fred Harrison 10 years ago”. He went on to relate that in the book Harrison had explained the workings of a remarkably regular 18-year property cycle. Knowing the timing of the cycle could make all the difference between successful or disastrous property investment.

Based on his understanding of the property cycle, Fred Harrison accurately predicted In The Power in the Land, published in 1983, the timing of the 1990s crash from which Japan has still not fully recovered.

Armed with this knowledge, Harrison warned the incoming Labour government under Tony Blair in 1997 of the danger of a property crash in 2007/08. No notice was taken of this and Gordon Brown boasted at every budget, even in April 2007, that “we will never return to the old boom and bust”.

In Boom Bust: House Prices, Banking and the Depression of 2010, published in April 2005, Harrison again warned of a looming crash unless a tax reform were introduced. No action was taken and the inevitable followed and we are still suffering the consequences.

A third book in our list, The Secret Life of Real Estate and Banking, looks at the link between banking crises and property cycles in America over the last 200 years.