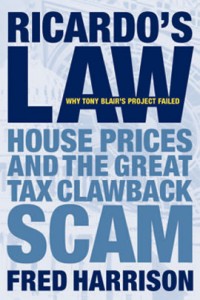 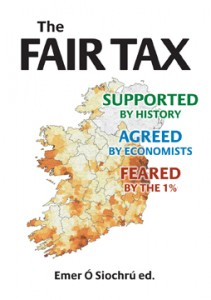 In his recent article “How to Fix the Housing Crisis” in Prospect Magazine, Andrew Adonis argues that the public sector must use its underdeveloped land to provide new housing which is badly needed. He concludes his article: “It is bold state action—central and local government leading development in partnership with the private and voluntary sectors, not abdicating its responsibilities to them—which will resolve the housing crisis. With its vast ownership of land, and its powers to plan, develop and finance, government can get the job done, and it has no one else to blame for inaction. It’s simple, really.”

This is a topic which caught the attention of our  latest author, Andrew Purves. Below we outline his key arguments and how they relate to the premise of his new book. To read his full response in the comments section click here online.

Purves argues that the problem with the housing crisis is one of price rather than supply. In the private sector prices are very high and the cost of Housing Benefit has risen significantly in the last decade to subsidise the population forced to rent. “What then are the primary causes of the high price of housing? At number one, would be the high price of land. At number two, would be the easy availability of money (from the banks) to make those purchases.”

“How, therefore could we reduce the price of land?” Purves continues, “For the last several decades, anyone living in London could point out great swathes of undeveloped, in some cases derelict, land lying out of use: the 13 acre Battersea Power Station site, for example, or the stretch along the river from Kew Bridge to Syon Lane in Brentford, stretching north to where it meets the M4, both of which are only now being developed. What prevented this from happening earlier, was the ease with which developers can hold land out of use at no cost to themselves.”

Purves proposes that a simple land value tax, based on site value would provide the incentive to maximise the development potential for all pieces of land. A tax on land would have the added advantage of bringing down the price of land, so that the cost of housing would better reflect the cost of building it, rather than the cost of the land on which it is built.

Andrew’s book, published September 2015 is No Debt High Growth Low Tax. It outlines how the governments of Hong Kong and Singapore have used the revenue from leasing land to avoid the enormous debts which other countries have suffered from since the latest financial crisis on 2008. Purves explains how his research can give further insight to the problems and solutions surrounding the housing crisis.

“Adonis makes an interesting point about Hong Kong’s underground railway operator (MTR), which is as much a property developer as it is a railway company. However, he does not explain why this is the case – development and sale of buildings in Hong Kong in fact pays for the railway, and retaining ownership of the station infrastructure allows the MTR to benefit from ongoing rental income to maintain the railway in the future. ”

“Hong Kong provides over 30% of the public with housing at low rents, while in Singapore, 90% of the population lease their property from the publicly owned Housing Development Board, which could provide a useful template for redevelopment in all those land rich London Boroughs.”

So, Adonis’ suggestions of using existing public land to build housing is a good one. However, could this not also be improved by ensuring private owners of land are suitably taxed to ensure that property is made available to those who need it? You can read more about this proposal in No Debt High Growth Low Tax.