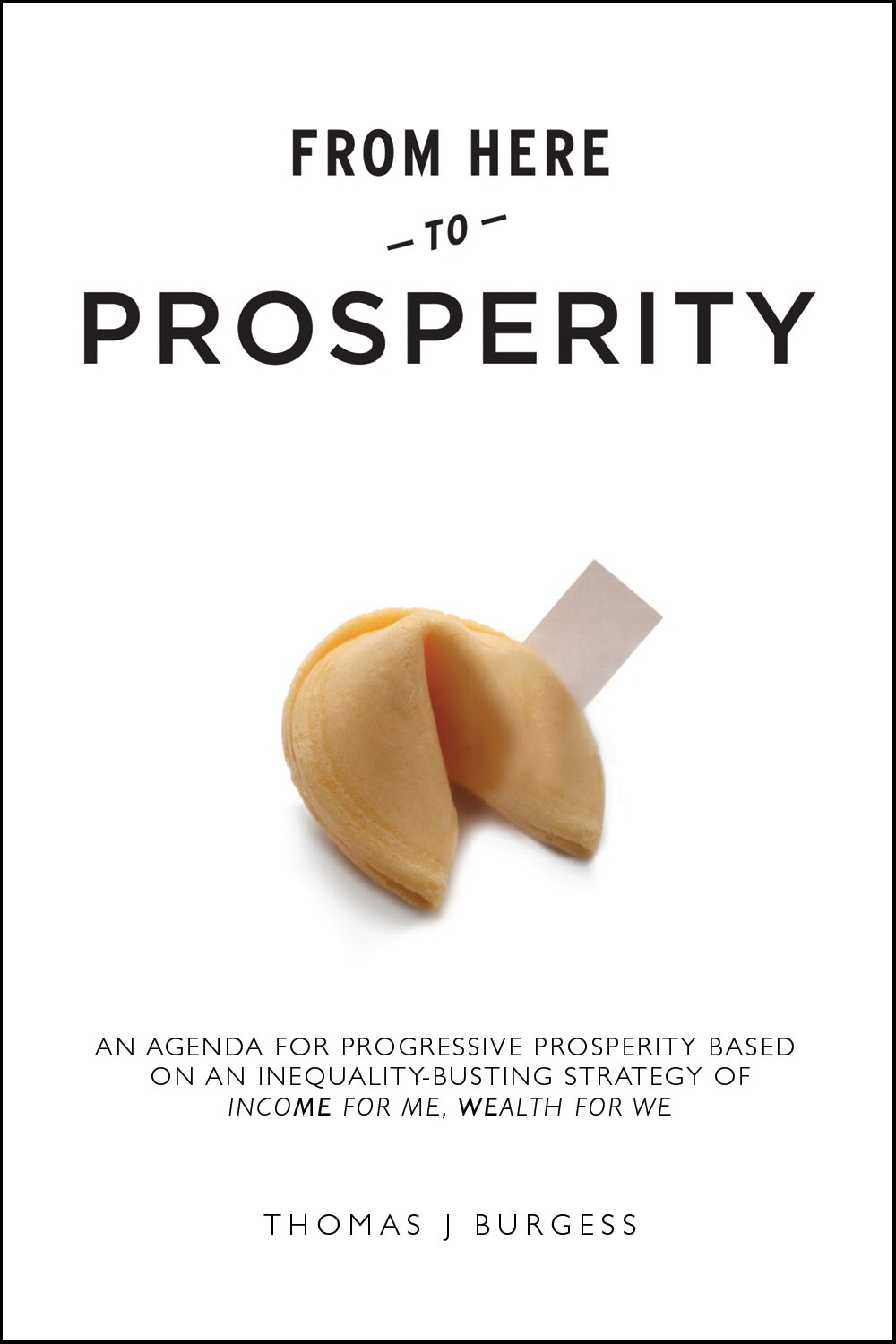 From Here to Prosperity
by Tom Burgess

The British people want change, we voted for change. And we will continue to vote for change until we get it.

Theresa May paid no heed to how the perceived arrogance and sense of entitlement of Hillary Clinton affected her votes in the US election. Luckily Jeremy Corbyn did learn something from the authentic and popular approach of Bernie Sanders. It is my opinion that the Conservatives deserved to lose.

Theresa May said on her first day as Prime Minister that she wanted a government that works for all the people not just the privileged few and then proceeded to do nothing about it. She then said at the Conservative conference that she was outlining her plan but the speech contained no proposals, only rhetoric and platitudes. So for a party that shows good intentions and then does nothing, this is what happens. The people want change.

OK, what change do we want? The fundamental problem of our time is the extreme economic inequality that exists in society which in turn causes incessant financial hardship suffered by millions every day and prevents good people from leading a full and purposeful life. Unless a government addresses this head on then we will not make progress. There are some very practical answers but successive governments do very little. This election result clearly shows an appetite for a more equitable distribution of wealth.

While Labour did well, it still showed no strategic plan to tackle this fundamental problem. It offered a wide variety of policies, a few of which would make a difference, like a stronger stance on a living wage, more funds for the NHS and education and replacing council tax with a more equitable Land Value Tax. Labour also proposed an ill-informed move in the direction of higher tax on income instead of wealth. Yes, Labour talked of ending austerity but did not outline exactly how we could then move from here to prosperity.

In my book From Here to Prosperity I outline a political agenda that proposes just five key polices that would achieve this, a very clear vision and strategic plan. The people of the UK have created and continue to create enough wealth to ensure that everyone in the country has the opportunity of a good life. The problem is that it’s accumulated in the hands of the few. So we need to stop taxing those on low incomes and by that I mean the 80% of people who earn under £32,000 per year and ask the super wealthy to return more of their accumulated wealth we’ve all helped create. Not only will it cause no hardship, it will increase demand, boost jobs and move us all from here to prosperity.

Tom Burgess is the author of From Here to Prosperity, available from the Shepheard-Walwyn website.

Small businesses put off hiring staff due to PAYE