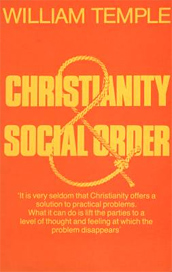 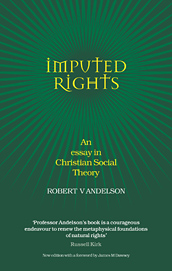 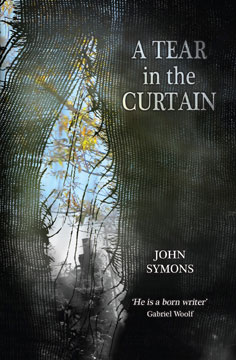 A Tear in the Curtain
by John Symons

By John Symons
People debate endlessly whether or not Churchill would have supported Brexit. But what of the great man whom Churchill recommended to the King in 1942 as Archbishop of Canterbury? Which side would William Temple, perhaps the greatest Archbishop in the last century, have supported?

Temple is correctly regarded as a man of the liberal left, in so far as that approach was subservient to his faith in Jesus Christ, and, for a decade or more, before he became Bishop of Manchester, he was a member of the Labour Party.

Would Temple have gone along with the views of so many of today’s Church leaders, of so many denominations, and of so many on the liberal left, in advising against leaving the European Union?

In the twenty years between 1915 and 1935, Temple was at the height of his intellectual powers. He produced three great books, Mens Creatrix, Christus Veritas and Nature, Man and God.

In the first of these, he wrote:

‘The essential basis of a society is community of purpose. Just as in the individual, the purpose by which his life is determined may lie outside the field of consciousness, so in an even greater degree may the purpose which constitutes a nation … Insofar as a nation imagines that it can formulate its purpose it is almost certain to become the victim of a disastrous illusion. It may become enormously effective, but nearly always in the pursuit of some object by achieving which it will win disappointment for itself and in all probability secure the hatred of mankind.’

It is an apt description of the disappointment of Eurocrats, and the hatred of the E.U. in Greece, Italy, Portugal, and in many other E.U. countries and in Africa, cut out from the  E.U.’s food market.

Temple continues, by referring to the success of France under Napoleon, and he adds:

‘The glory won in the great campaigns brought very fleeting satisfaction to the French and ranged all Europe among their enemies.’

Temple turns to Germany, ‘self-conscious to an almost unique degree’ (he was writing in 1916):

‘It is not surprising that Germany is self-conscious to a degree without parallel in the history of the European nations; but while it is not surprising it is none the less disastrous both to them and to the rest of the world. This intense self-consciousness leads to the concentration of all attention on such objects as national consciousness can set before itself. The easiest and most obvious is power … starving the vast depths of the German soul for the sake of glutting a very superficial appetite … To allow what falls within consciousness to be the whole determinant of action is the way to sure disaster.’

Temple, the antithesis of a nationalist, contrasts England (after all, he was to be Primate of England in 1929, and of All England in 1942):

‘In England we tend, if anything, to be excessively unreflective. Certainly we should find ourselves unable to begin formulating the purpose which unites us as Englishmen … We may not know what our national purpose positively is, but we know enough about it to sing with real conviction “Britons never shall be slaves” … And if a nation is to be free, it must have self-government in the sense that it is bound by no laws except those it makes for itself.’

I find it difficult to believe that Dr Temple would have wished our country to be subsumed in the disastrously ‘self-conscious’ enterprise of the European Union, which is becoming the object of such merited hatred among the poor and the peoples of its subservient nations, with whom he profoundly identified. Although no friend of the ‘passing fancies of the mob’, Dr Temple would surely have regarded the legitimate outcome of the secret, universal ballot of the Referendum as a rare but worthwhile example of British ‘reflection.’

Written by John Symons, who is a Russian historian and author of A Tear in the Curtain, Stranger on the Shore, This Life of Grace and The Devil’s Dance published by Shepheard-Walwyn.

William Temple is the author of Christianity and Social Order.